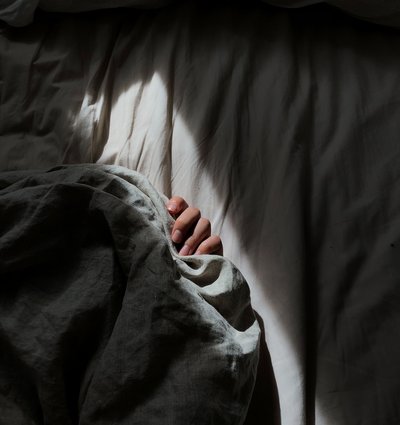 Feeling down at different times of our lives is normal. Stress, relationship struggles, and upsetting events happen to everyone. But, if you’re feeling down or hopeless on a regular basis, you could be dealing with clinical Depression. Depression is one of the most common types of mental illnesses and impacts between 15-20% of people. This disorder affects how you feel, think and behave and can lead to a variety of emotional and physical problems.

Clinical Depression is considered a serious medical condition. It isn't a sign of weakness and you can't simply "snap out" of it. But don't get discouraged. Many people with Depression start feeling better in just a few weeks by implementing lifestyle changes, counselling, and maybe even medications.

A concerning symptom of Major Depression Disorder is feeling like you “want to die”, “for this to end”, or that “you can’t take it anymore”. If you think you may hurt yourself or attempt suicide, call 911. Also consider these options if you're having suicidal thoughts:

How Depression Affects the Brain

No one knows for sure what causes Depression. However, studies have uncovered how differences in the brain’s structure and chemicals may contribute to this disorder. In addition it also seems that having Depression changes your brain:

Depression can be broken into categories depending on the severity and duration of symptoms.

Major Depressive disorder (MDD)- For many people with MDD, symptoms usually are severe enough to cause noticeable problems in day-to-day activities, such as work, school, social activities or relationships with others. It is characterized by persistent feelings of sadness, hopelessness, and worthlessness that don’t go away on their own. In order to be diagnosed with MDD , you must experience 5 or more of the following symptoms over a 2-week period: 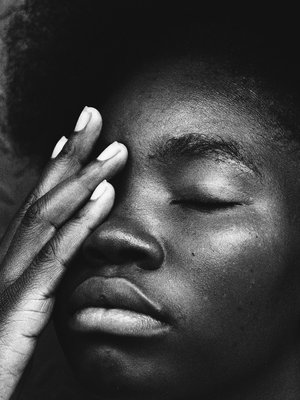 The symptoms of Depression can be experienced differently among men and women. Depression is more common in women, though the gender difference diminishes with age in Canada. Many hormonal factors may contribute to the increased rate of Depression in women, particularly during times such as menstrual cycle changes, pregnancy and postpartum, miscarriage, pre-menopause and menopause.

Men with Depression typically have a higher rate of feeling irritable, angry and discouraged. This can make it harder to recognize Depression in men. The rate of completed suicide in men is four times that in women, although more women attempt suicide.

Persistent Depressive disorder (PDD)- used to be called dysthymia. It’s a milder, but chronic, form of Depression. In order for the diagnosis to be made, Depression symptoms must last for at least 2 years.

Major Depressive Disorder with seasonal pattern (SAD)- is a type of depression that occurs during the same season each year. It usually happens in the fall or winter, but some people may experience season-linked symptoms in the summer. This disorder is more common for women and people who live either far North or South of the equator.

SAD appears to be triggered by changes in the amount of sunlight. Changes in light are hypothesized to upset a person's biological clock, which controls sleep-wake patterns and/or disturb neurotransmitter (e.g., serotonin, dopamine) functions.

Postpartum Depression (PPD)-is different from the “baby blues,” which begins within the first three or four days of giving birth, requires no treatment and lifts within a few hours or days. PPD is a deeper Depression that lasts much longer. It usually starts within the first month after childbirth (although it can occur any time within the first year) and can last weeks to months. In more serious cases, it can develop into chronic episodes of depression.

Signs of depression are often missed in new mothers because significant changes in sleeping patterns, interests, cognitions, energy levels, moods and body weight are a normal part of new Motherhood. New Mothers often resist acknowledging these signs even to themselves because of the pressure to meet societal expectations of what it means to be a “good Mother,” including how she should be feeling, thinking and behaving.

Broadly speaking, Bipolar mania can be characterized by some or all of the following features:

How do you get tested for Depression?

There isn’t a single test to diagnose Depression. But your Doctor or Psychiatrist can make a diagnosis based on your symptoms and a psychological evaluation. They will ask you questions about your mood, physical functioning (ie. appetite, sleep pattern, activities), and thoughts.

Because Depression can be linked to other health problems, your healthcare provider may also conduct a physical examination and order blood work. Sometimes issues such as thyroid imbalances or a vitamin deficiency can trigger symptoms of Depression.

Talk Therapy by a qualified Depression counsellor is an effective treatment for Depression. Depression can affect a person's ability to solve problems. It impacts concentration, makes it difficult to see problems realistically, lowers energy levels, and is so overwhelming in itself that other aspects of life are often ignored. Working with a Depression therapist can help you to problem-solve during this difficult time. Research shows that people with depression feel better faster when treatment includes both medication and counselling. This is because antidepressants change your brain chemistry in a way that makes you more receptive to talk therapy.

Studies also indicate that Depression counselling can alter brain structure and help relieve Depressive symptoms. Specifically, counselling appears to strengthen the prefrontal cortex. Here are some of the benefits of working with a counsellor:

I have been working in the mental health field for over 20 years. I have extensive knowledge around Depression recovery and how to move forward in healthier ways. Reaching out is not a sign of weakness or defeat. Having a support team against the Depression often helps individuals feel better, faster. Contact me and let’s work together to get your life in a healthier, happier place.

Living with Depression can be difficult, but treatment can help improve your quality of life. You may successfully manage symptoms with one form of intervention, or you may find that a combination of medical treatments and lifestyle therapies works best.Talk to your Doctor or a Depression counsellor about possible options.

Doctors may prescribe medications that can fight the negative effects of Depression by helping to balance the chemicals in the brain. These include:

Besides medications, certain medical procedures can also affect the brain to help ease symptoms of MDD. These include:

Many people will try alternative therapies before considering counselling or medications. The research for some of these treatments are controversial and should be discussed with your Doctor before considering.

"After trying a few counsellors, finding Jennifer was the perfect fit for me. Her compassion, patience, strength and ideas for coping made me feel like I was in good hands. Since we’ve worked together I’m so much stronger and confident in life, even a bit of a bad-ass now...thanks Jennifer!"